I particularly look for propaganda that had wide distribution, but a short life. Pamphlets are a good example — they are often mass distributed, and quickly discarded. My latest addition is a spring 1943 Nazi pamphlet titled What Does Bolshevization Mean in Reality? It was issued as part of a major anti-Bolshevist (the word the Nazis preferred to "communist") campaign, the directive for which is also available on the GPA. The purpose was to persuade Germans that even though the war situation was looking grimmer after Stalingrad, they had no choice but to fight or die, since Soviet victory would mean the end of everything German. 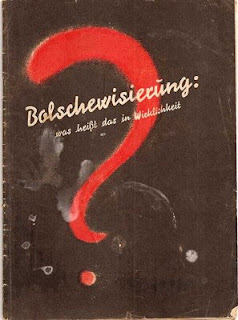 Posted by Randall Bytwerk at 9:10 AM No comments:

I've added a page of 1934 cartoons from Kladderadatsch, a leading German satirical weekly. Several portray Germany as seeking peace while the rest of the world arms. There are also cartoons on the Night of the Long Knives, the evils of the Jews, and the threat of communism.

Two examples. One claims that the increase in the Negro and Jewish population is causing great concern in the United States. The second suggests that a peace agreement between France and the Soviet Union is not likely to bring peace to Europe. 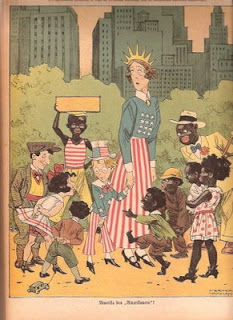 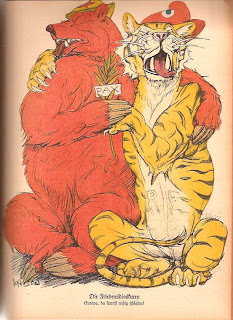 Posted by Randall Bytwerk at 3:54 PM No comments:

A June 1943 Speech by Albert Speer on Armaments Production

After Stalingrad, the Nazi intensified their "total war" measures. On 5 June 1943, Albert Speer and Joseph Goebbels addressed a mass meeting of armaments workers in Berlin, at which Speer claimed enormous increases in German armaments production. I've added a translation of his speech. The speech Goebbels delivered was already on the GPA.

The illustration is the cover of the pamphlet containing both speeches. 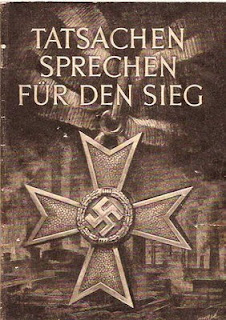 Posted by Randall Bytwerk at 12:04 PM No comments: 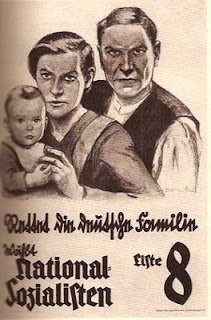 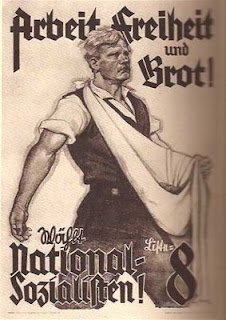 Posted by Randall Bytwerk at 9:53 AM No comments:

While looking for something else, I came across this Nazi painting of Dunkirk, which I added to the page on World War II Nazi military art. 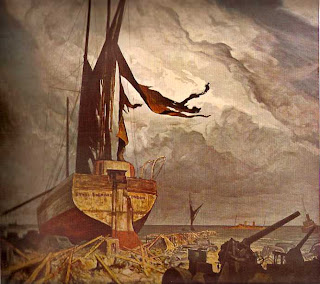 Posted by Randall Bytwerk at 5:00 PM No comments:

German Propaganda on the V-1

I've added a page from late-June 1944 on the use of the V-1 against England, taken from a special edition of Signal, a twice-monthly glossy magazine that was widely distributed in many languages. 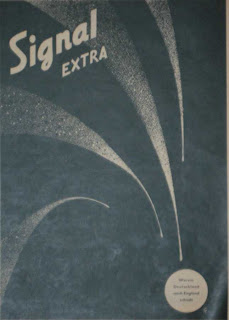 Posted by Randall Bytwerk at 5:32 PM No comments: