I have a page on Signal, the illustrated Nazi magazine that was issued in over twenty languages.  Every now and again I expand that page. Today I am adding an interesting article from August 1944, shortly after D-Day.

The cover  is captioned: “Europe’s liberators have arrived.” A French woman, rather well dressed under the circumstances, is fleeing the ruins of a town destroyed by the Allied invasion. 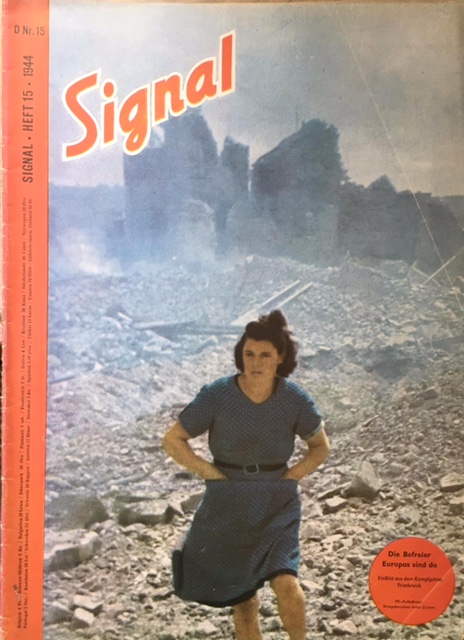 The article reports conversations with recently captured American and English soldiers.  The basic Nazi argument was that German soldiers were so superior both in ability and will as to be able to overcome the Allied superiority in mere numbers.  This article makes that point: Allied soldiers are stupid cannon fodder with no idea of what they are fighting for.
Posted by Randall Bytwerk at 9:42 PM No comments: