I’m adding a 1928 article by Joseph Goebbels titled “The World Enemy.” Usually that phrase meant the Jews in Nazi rhetoric, but in this case Goebbels doesn’t make that explicit.  He argues that the forces of world finance are at the brink of destroying Germany.
Posted by Randall Bytwerk at 5:14 PM No comments:

I’m adding an interesting article from Morgen, the Nazi magazine for boys under twelve, later titled Der Pimpf.  Titled “Hey, You There,” It is addressed to those who were not eager to join the Hitler Youth organization. 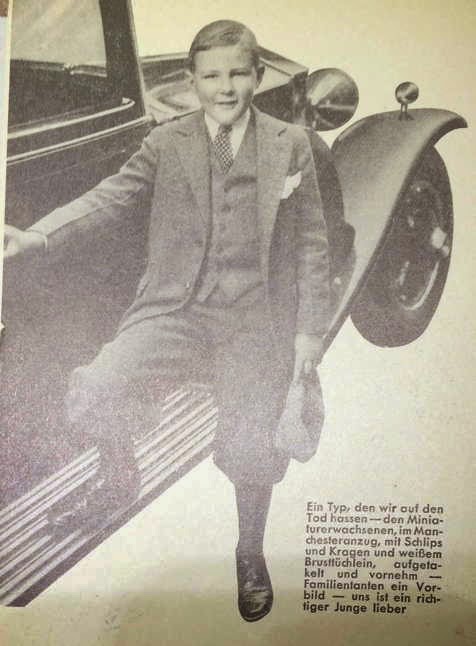 The wrong sort of boy from the Nazi perspective

This was shortly after the Hitler Youth had replaced all other youth organizations as the result of legislation. 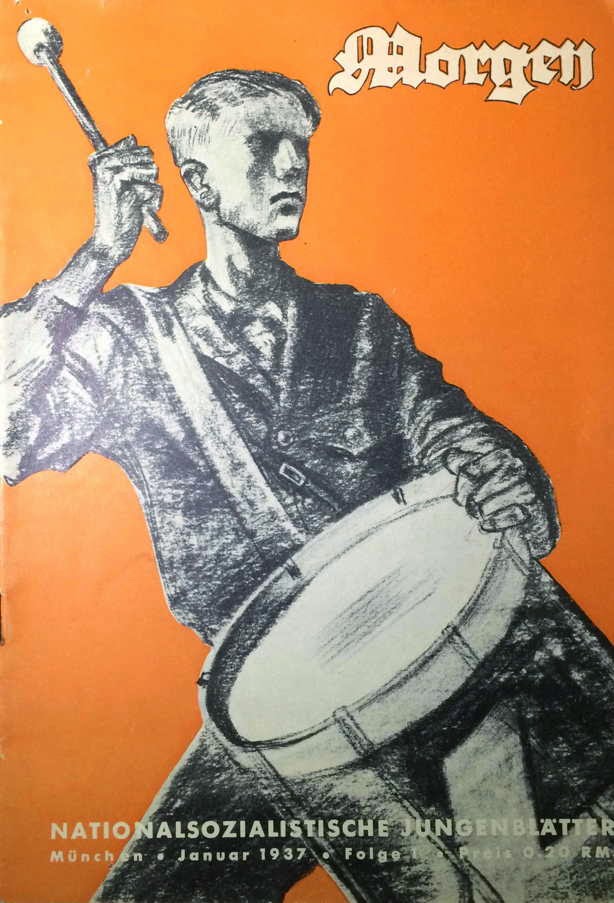 “Real boys,” the Nazis suggested, belonged in the rough and tumble Hitler Youth.  They weren’t mama’s boys or the favorites of maiden aunts.

Posted by Randall Bytwerk at 6:22 PM No comments:

I’ve updated my pages on the Wochenspruch der NSDAP, the weekly poster with inspiring quotations issued by the Reichspropagandaleitung. 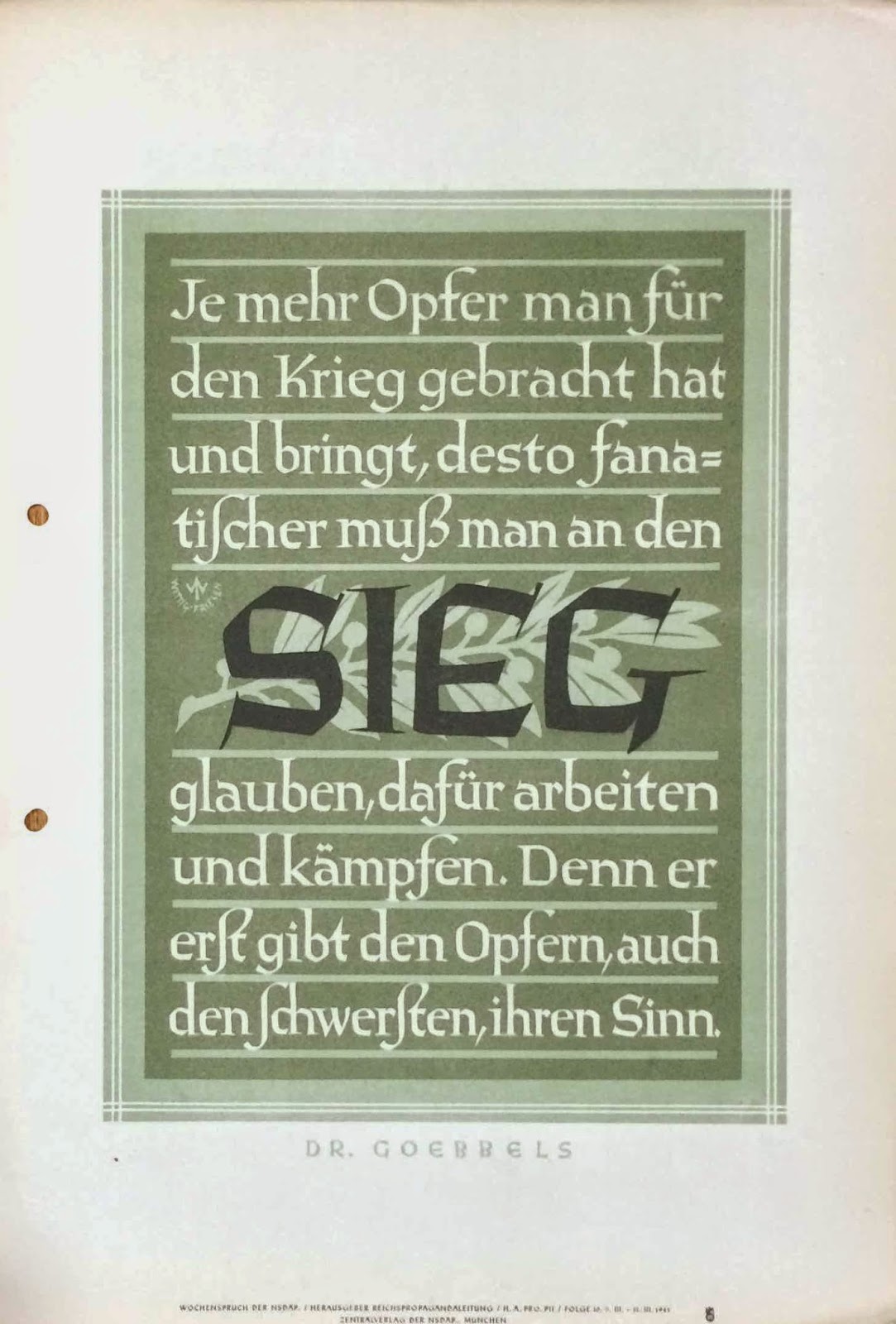 I now have posted all of the images available to me.  There are  some images I don’t have, and I am far from having a complete set of texts.  I have almost everything after 1940, but am missing many from the years 1937-1939.

If you can help me to fill the gaps, I’d appreciate it.
Posted by Randall Bytwerk at 12:18 PM No comments: