Celebration of Hitler’s Takeover in the USA

In the course of gathering material on my main interests curious things sometimes show up.  This is the program for an event organized by the German consulate in New York City on the occasion of the one-year anniversary of Hitler’s takeover of power. 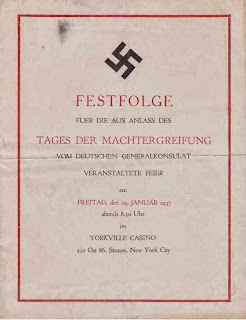 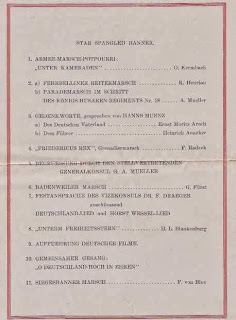 Goebbels on the Political Situation (August 1931)

Before Hitler’s takeover in 1933 Joseph Goebbels wrote a monthly essay for Unser Wille und Weg, the party periodical for propagandists, that outlined the Nazi take on current events.  Today I add his essay from August 1931, an interesting period.  There were no national elections that year, and there was frustration within the Party since things seemed to be moving slowly.  Goebbels laid out the propaganda line that the party was following. 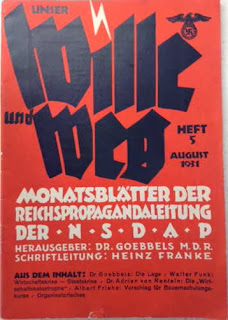 He makes the claim that Germany would long-since have collapsed had it not been for the restraint of the Nazi Party.
Posted by Randall Bytwerk at 1:44 PM No comments: