I particularly like to add ephermera to the site, items that may have had mass distribution at the time but have largely disappeared.

Today I’m adding a pamphlet from the first round of the 1932 German presidential election, titled Adolf Hitler: German Worker and Front Soldier.  It was issued by the party’s propaganda office in Munich and surely had an enormous distribution. 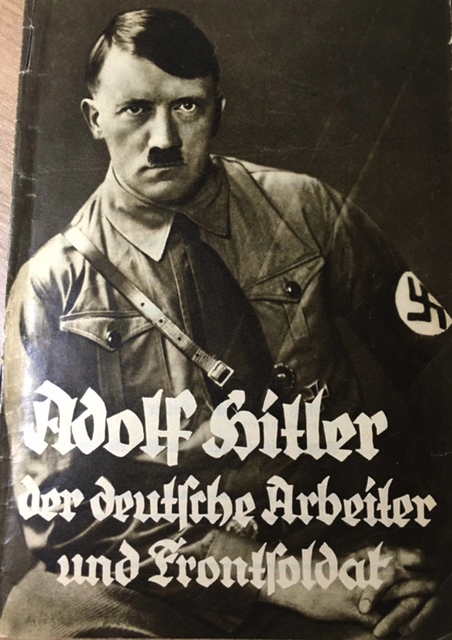 It gives a brief biography and attempts to demonstrate Hitler’s leadership by a variety of examples.
Posted by Randall Bytwerk at 11:15 PM No comments: