Nearly every branch of the Nazi Party produced its own propaganda materials. Two collectors have kindly provided me with seven examples of weekly quotation posters issued by the Hitler Youth in 1940. According to the catalog of the Deutsche Nationalbibliothek, about 32 of these were published in 1940, after which publication was suspended. 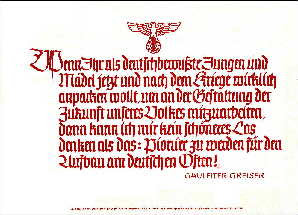 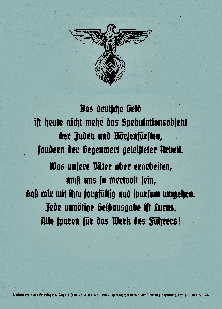 Posted by Randall Bytwerk at 4:04 PM No comments: