The various sub-groups of the Hitler Youth were often led by those hardly older than those in their charge, following the policy that "youth should lead youth." These people needed to know what they were to say. I've added a page with covers of material they received. 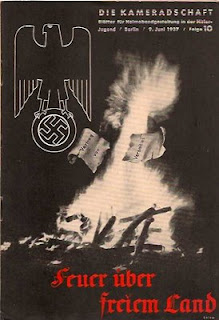 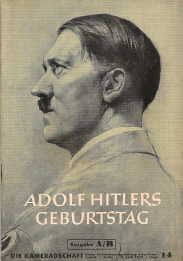 Posted by Randall Bytwerk at 4:42 PM No comments:

I've added a lengthy translation of Nazi speaker information on the Jews from the fall 1935. The Nazis had a large staff of speakers who were regularly supplied with information on what they were to say in their speeches. Such material is an excellent source as to what the Nazis wanted the general public to hear.

This material presents Nazi anti-Jewish measures as moderate and reasonable, something the Jews had no right to complain about. Reality was rather different.
Posted by Randall Bytwerk at 2:31 PM No comments:

Peculiar Uses of the German Propaganda Archive (I)

Although this blog is primarily intended to provide information on additions to the site, every now and then I won't be able to resist noting peculiar uses to which people put the material.

The recent election was a case in point. A variety of sites decided that Obama and his followers were using a Nazi salute. They took this picture from the GPA: 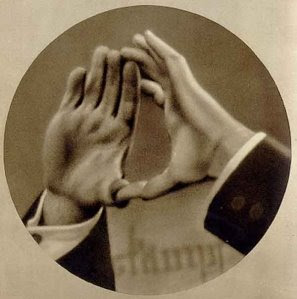 and decided that the Obama campaign had adapted it: 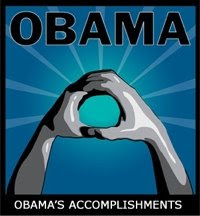 At least a dozen blogs copied this dubious post. To suggest that in looking for a salute Obama turned to a a gesture used occasionally by Hitler is, to put it mildly, a bit of a stretch.

On the other side of the political divide, bloggers sometimes decide that the Republicans are the new version of the Nazis. This post, for example, decided that the Republicans have been using the methods of Nazi propaganda. According to the blogger, "The more you read, the more you will see uncanny parallels to the NeoCons and today’s Republican Leadership. It also employs methods that have been seen in the religious sectors of the Right Wing." Now, the problem is that the techniques of propaganda tend to be rather widely used. It wouldn't be at all hard to find parallels to Obama's campaign as well.

Both postings, I think are examples of Godwin's Law. In its original formulation, it stated:"As a Usenet discussion grows longer, the probability of a comparison involving Nazis or Hitler approaches one." These days, it applies to the Internet in general. The Nazis are the ultimate villains, so what better accusation can one make against one's enemies than that they are, basically, Nazis?

I doubt that this contributes greatly to political discussions.
Posted by Randall Bytwerk at 8:44 AM No comments: