The Nazis moved quickly to incorporate Austria into the Reich.  Less than a month after the Nazi takeover, the Austrian monthly for those interested in traditional costumes welcomed the new order, noting that Hitler was a great supporter of traditional costumes.

The original article is available on ANNO, an Austrian project to digitize newspapers.
Posted by Randall Bytwerk at 9:48 AM No comments:

The extraordinarily valuable Austrian project (ANNO) to digitize complete runs of newspapers recently added issues from 1944 to the website.  Each year in January they add newspapers for which the 70-year copyright period has expired.

As part of my effort to provide material by the various Nazi Gauleiter, I am thus able to add a 22 November 1944 article by Hugo Jury. 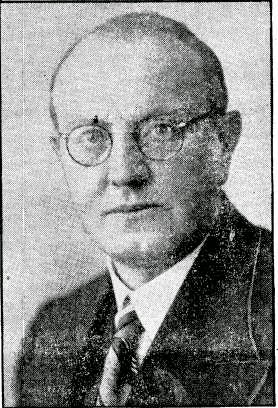 In it, he attempts to persuade the people in his region that victory remains certain, however many setbacks Germany may have suffered.

Posted by Randall Bytwerk at 2:26 PM No comments:

Given all the recent controversy involving those who doubt the wisdom of vaccinations, I recalled this cartoon I came across from a 1932 issue of Der Stürmer.  It shows a Jewish doctor immunizing a child.  The caption translates as:  “It seems to me that poison and Jews seldom do good things.” 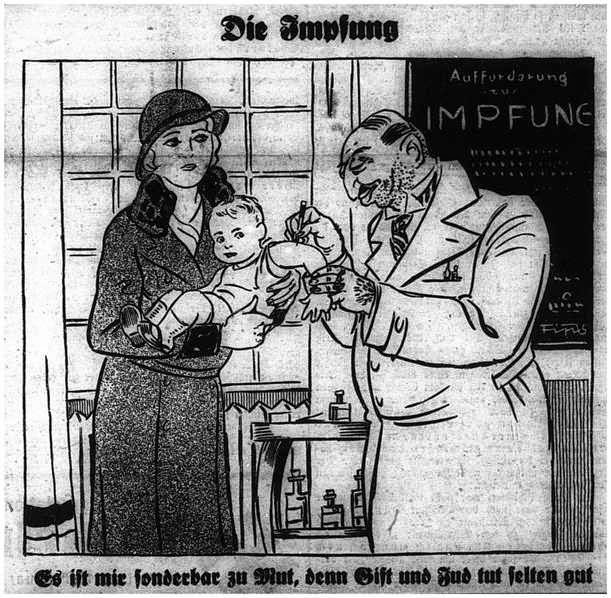 Now, most Nazis realized that vaccinating children was a good idea — but Streicher was a dangerous crackpot in more ways than one.
Posted by Randall Bytwerk at 1:42 PM No comments: