A visitor to the site provided images of two posters which I’ve added to the GPA’s page of posters from 1933-1945. The first was new to me.  Issued, I think, shortly after the German defeat at Stalingrad, it encourages Germans to fight unceasingly until “final victory.” It would have been odd to issue the slogan for 1943 in May (during the second campaign). There is GPA page with directives for this campaign. 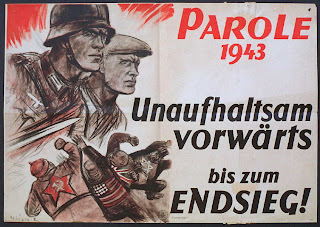 The second is an SS recruiting poster used in Belgium. 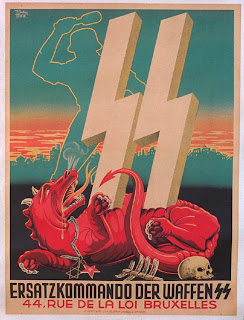