I have a slowly growing page on speeches and essays by Nazi Gauleiter, the party’s regional chieftains. Today I’m adding Christmas-Day 1943 essay by Hugo Jury, Gauleiter of Niederdonau.  1943 had been a disastrous year for the Nazis, but Jury attempts to put the best face on the situation, suggesting that things were going to get better.
Posted by Randall Bytwerk at 3:04 PM No comments:

If there was a turning point of World War II in Europe, it was the Battle of Stalingrad.  Before that battle, the average German had every reason to believe that the war was going well.  Afterward, there were two long years of retreat.

After Hitler confidently announced that Stalingrad was almost entirely in German hands on 9 November 1942, the Soviets attacked and quickly surrounded the German forces around Stalingrad.  That went unreported in the German press. The Soviet attacks themselves were covered — but Germans were not told how successful those attacks had been.

In December, Stalingrad almost disappeared from the German press.  There was substantial press coverage of the Eastern Front that acknowledged that heavy defensive battles were in progress, but that coverage suggested that Germany was defending its gains of the summer and preparing for renewed offensives in the summer.

Much press coverage focussed on submarine warfare in the North Atlantic, which was at the time going very well (that would shortly cease to be the case).  Beginning in January, the press began to prepare Germany for grim news. 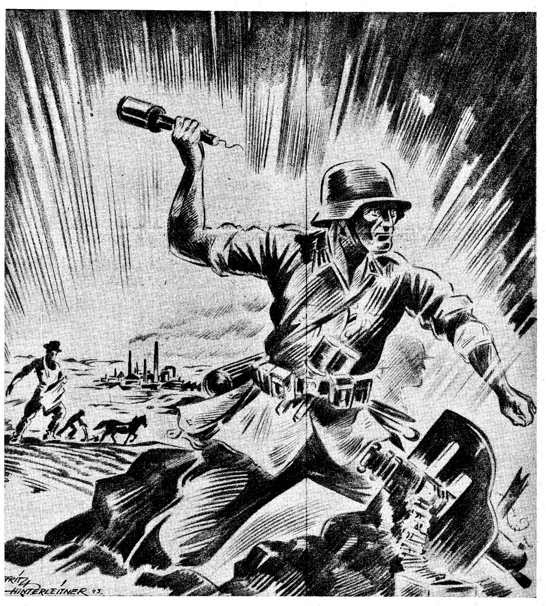 I’m adding a page of translations from the Volks-Zeitung, a Viennese newspaper, covering December 1942 through early February 1943.  It follows the trajectory of news reporting on Stalingrad.

Posted by Randall Bytwerk at 2:41 PM No comments: