Lately I've been looking for pre-1933 Nazi propaganda material. Today, I'm adding a pamphlet prepared for the July 1932 Reichstag election titled Bring Down the System! It is an illustrated summary of the Nazi arguments against the Weimar government. 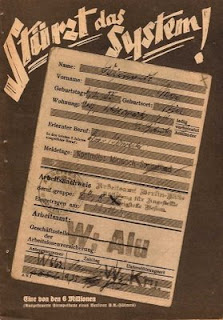 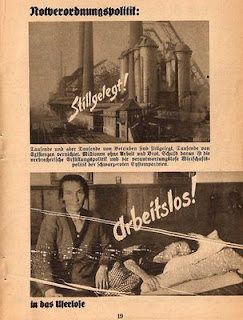 Posted by Randall Bytwerk at 11:40 AM No comments:

I've added two particularly striking covers of Hitler Youth training material. One is from, I think, 1934, and has a quotation from E. M. Arndt: "To be a people is the religion of our age." The other is from 1939, after the annexation of Austria. The title is: "80 million Germans live on 580,000 square kilometers." The point is that Germany is overcrowded, and needs more territory. 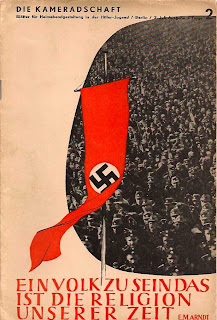 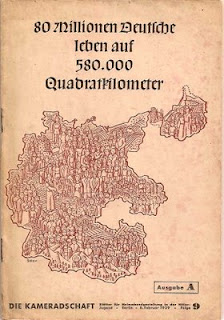 Posted by Randall Bytwerk at 5:33 PM No comments:

Today I've added a 1932 pamphlet titled Why Hindenburg? Hitler was challenging Hindenburg for the office of Reich President. This is one of a series of appeals from the period targeted at particular audiences. The pamphlet had a delicate task. The Nazis respected Hindenburg, as did most of the German public, so it was impossible to attack him directly. Instead, this pamphlet argued that those supporting Hindenburg from the Social Democratic, Center, and Democratic Parties were hypocrites, since they had vehemently opposed him in the previous election, held in 1925. Hindenburg, it argues, is a noble old man being exploited by those who will do anything to stop the Nazis. 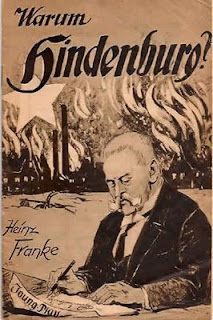 Posted by Randall Bytwerk at 1:34 PM No comments:

I've added another falsified quotation by Adolf Hitler to the False Nazi Quotations page. This one runs: "Terrorism is the best political weapon for nothing drives people harder than a fear of sudden death." It's cited on more than 12,000 Internet pages at the moment -- but not once in a book, and none of the pages that cites it gives a source. It seems mostly to be used by conspiracy theorists, and provides a good example of their gullibility. They tend to believe anything that supports their point of view, frequently not troubling to check the reliability of the information.
Posted by Randall Bytwerk at 7:31 PM No comments: