Nazi Analysis of the Japanese Attack on Pearl Harbor

The Japanese attack on Pearl Harbor came as a pleasant surprise to the Nazis, who had not been told in advance of Japan’s plans.  Today I’m adding the first reactions in the Nazi Party’s daily newspaper to the war’s extension. 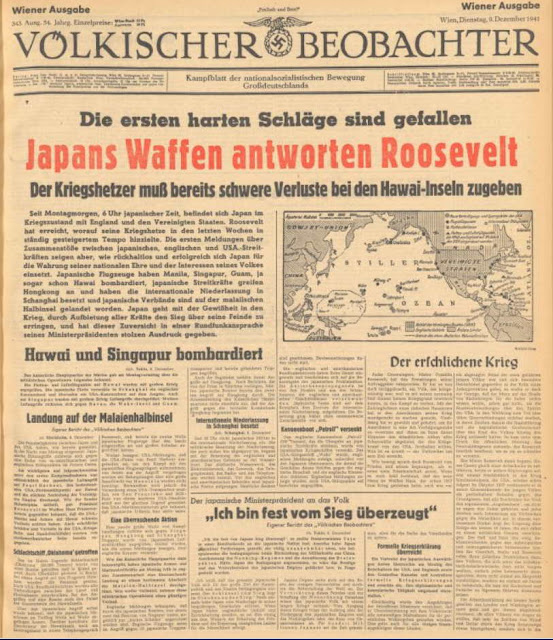 The argument is that Roosevelt has gotten the war he wanted, but not when it wanted it.  As a tool of the Jews, he was planning to deal with Japan, but Japan acted first.

By the way, I got a number of requests to a recent post looking for suggestions of things to add, and I will get to some of them as time permits.
Posted by Randall Bytwerk at 8:11 PM No comments:

That amazingly valuable Austrian effort to digitize the nation’s newspapers has added the    Völkischer Beobachter for the years 1938-1945.
Posted by Randall Bytwerk at 2:08 PM 3 comments: