In the convoluted system of Nazi propaganda, all sorts of people and offices produced propaganda, sometimes to the considerable annoyance of Joseph Goebbels. One interesting outlet was the Deutsche diplomatisch-politsche Korrespondenz, something of a mimeographed press release that was a semi-official  service of the German Foreign Office.  It was intended primarily for the press.   I’m adding translations of three of the issues from 1941.  The first, dated 10 October 1941, earned the wrath of Joseph Goebbels, since it claimed that the campaign in Russia was essentially over and that Russia had collapsed.  That turned out not to be entirely accurate.  Goebbels would have preferred to hold back claims of complete victory until complete victory had been attained.  The second is a completely misguided analysis of British politics.  The third was issued after the Japanese attack on Pearl Harbor, but before Hitler’s declaration of war on 11 December.
Posted by Randall Bytwerk at 3:05 PM No comments:

Another Youth Talk by Walter Groß (1935)

I recently bought two pamphlets with radio talks for the youth  by Walter Groß, head of the Nazi Party’s Racial Policy Office.  The first I added about a week ago.  Now I’m adding the second, Blood is Holy, delivered a year later (1935). Like the first, it is an effort to translate Nazi racial theory into language understandable by children.

There was a great deal of Nazi material on this topic.  The best book on the subject is Claudia Koonz’s The Nazi Conscience.
Posted by Randall Bytwerk at 3:12 PM No comments:

The Ministry of Propaganda in 1942

A year or so back, I bought a stack of Signal, a bi-monthly illustrated propaganda magazine the Nazis issued in about two dozen languages.  The stack was missing one issue I particularly wanted from August 1942 — a story on Goebbels’s  Ministry of Propaganda and Public Enlightenment.  Just recently, I managed to secure the missing issue, and have added it to the GPA. It’s most interesting for a variety of pictures, two of which are below. 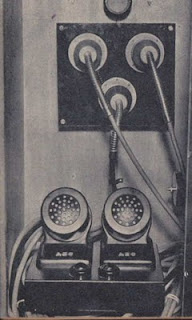 This a device that allowed Goebbels to interrupt all German radio programming to make an announcement. 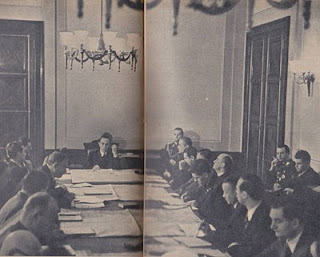 Every day at 11:00 a.m., Goebbels held a conference with top propagandists.
Posted by Randall Bytwerk at 10:46 PM No comments:

Dr. Walter Groß was the head of the Nazi Party’s Racial Policy Office.  I’m adding the text of a 1934 radio address to the German youth, which was widely reprinted. There is no mention of the Jews in this talk; it only outlines the basics of Nazi racial thinking. He committed suicide at the end of World War II under the justified apprehension that the victorious Allies would not take well to the work he had done. 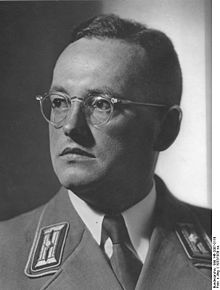 The picture is taken from Wikipedia, which took it from the German Bundesarchiv.
Posted by Randall Bytwerk at 4:35 PM 1 comment:

After the Nazi takeover of Austria in 1938, the Gau system was established, and the governmental structure was reorganized.  As part of my slowly growing page on speeches and articles by the various Nazi Gauleiter, I’m adding a 1939 article by Hugo Jury that discusses his plans for Gau Niederdonau. The article is translated from ANNO, a project to digitize Austrian newspapers. 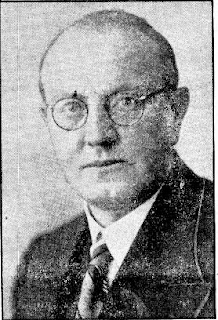 Gauleiter Hugo Jury
Posted by Randall Bytwerk at 10:34 AM No comments: