The Parole der Woche was a weekly current events poster issued by the Nazi Party between 1936 and 1943, when it was discontinued due to paper shortages caused by the war. It was a commentary on current events, and reflected the central propaganda message of the week. They were accompanied by a playing card sized condensed version that was often pasted to the backs of official correspondence.

I have added two of them from my collection. The first, from fall 1941, boasts of German submarine successes. The second was issued in spring of 1942, and accuses England of being a Soviet puppet. 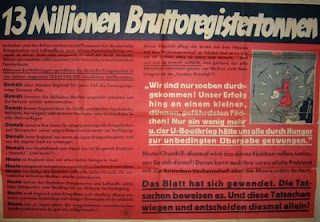 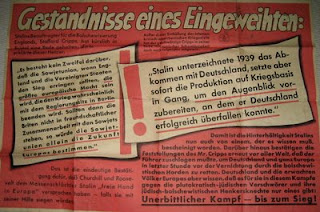 Posted by Randall Bytwerk at 9:31 PM No comments:

This is the second in a series of occasional commentaries on unusual purposes to which the GPA is put. Just today, I came across the interesting image at the bottom of this post. I'm almost sure the original image was taken from my site. Although one might find reasonable arguments to make against President Obama and his policies, he's probably not a likely second coming of Adolf Hitler. These kinds of arguments stop the conversation, since what possible reply is there to the charge: "You're just like Hitler?"

My advice is to stop reading any comparison of Hitler to someone else, unless that someone else really is a Nazi. 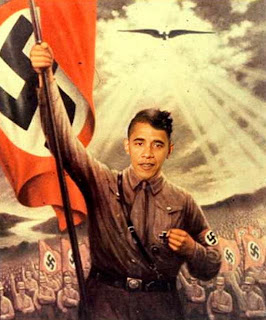 Posted by Randall Bytwerk at 1:07 PM No comments:

I usually don't recommend books on this blog, other than my own, but I strongly suggest buying State of Deception: The Power of Nazi Propaganda. It has 194 pages, including many unfamiliar illustrations (two of which I provided).

The book accompanies an exhibition on Nazi propaganda running at the United States Holocaust Memorial Museum. 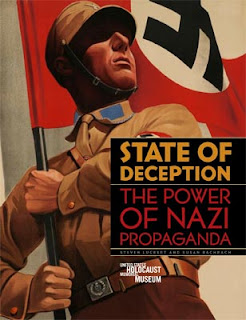 Posted by Randall Bytwerk at 5:12 PM No comments:

I've added eight more of the weekly quotation posters issued between 1937 and 1944. Each had an inspiring quotation, usually from a Nazi leader. They were posted throughout Germany in public places. 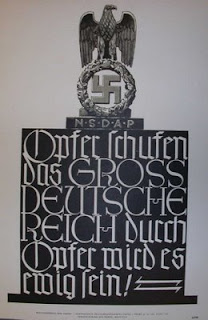 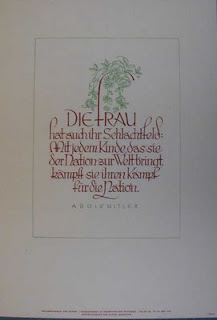 Posted by Randall Bytwerk at 12:53 PM No comments:

A Nazi Pamphlet from Early in 1932

I'm particularly interested in ephemeral propaganda — posters, leaflets, and pamphlets with a large circulation, but a short life. Today I've added a pamphlet titled The Sensationalist Newspapers Lie! This was issued in large numbers early in 1932, before the March and April presidential elections, and is aimed at members of the Social Democratic Party. It gives a clear idea of the kinds of arguments the Nazis were tailoring to a specific audience. 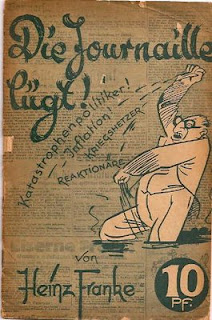 Posted by Randall Bytwerk at 10:14 AM No comments: