I've added sections and illustrations from a pre-1939 elementary school reader. The illustrations show activities of Nazi youth organizations. Such material indoctrinated children during their first years of school, persuading them to eagerly become members of the Hitler Youth when they got bigger. 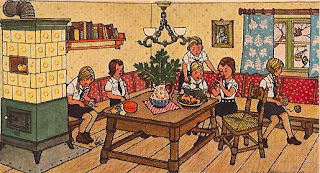 Posted by Randall Bytwerk at 12:43 PM No comments:

Lately I've been working on increasing GPA material from the Kampfzeit, the Nazi term for the period before 1933 when the party was fighting for power. My latest addition is a late March or early April 1932 pamphlet titled Facts and Lies about Hitler.  Released shortly before the second round of the Reich Presidential election on 10 April 1932, it presents Hitler as a self-made man who has been slandered  by his opponents, and who is the only person capable of saving Germany. 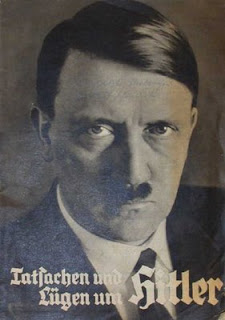 Posted by Randall Bytwerk at 3:01 PM No comments:

Volk und Rasse was a monthly magazine focusing on the "positive" side of Nazi racial theory, strengthening German racial stock. I've added illustrations from an August 1936 issue of displays from Nazi racial exhibitions, many of which were held throughout the country during the 1930's. Those with genetic illnesses are presented in the worst possible light. The first image shows the blessings of sterilization ("Who would want to be responsible for this?"). The second claims that, on average, a genetically ill person costs the state 50,000 Marks over sixty years. 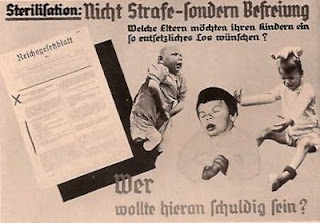 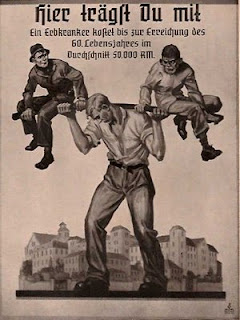 Posted by Randall Bytwerk at 11:15 AM No comments: