The Battle of Midway

Germany coverage of the war in the Pacific was never very good.  It depended on Japanese information — which was often unreasonably optimistic. 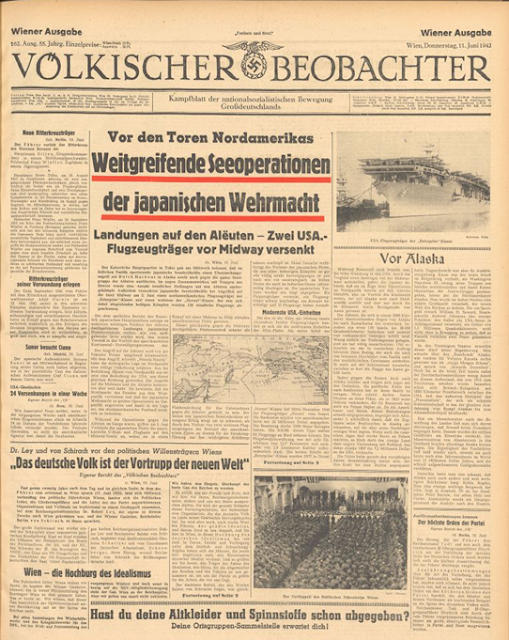 Today’s addition is an article on the Battle of Midway, which reports that the Japanese had lost one carrier and had a second damaged (the actual number was four), and that the Americans had also lost two (one in reality). The significant news in German eyes was that Japan had occupied several insignificant islands in the Aleutian chain.
Posted by Randall Bytwerk at 5:45 PM No comments: