An Anti-Semitic Poster from 1932


A friend of the site provides me with this interesting image that I have added to the poster page: 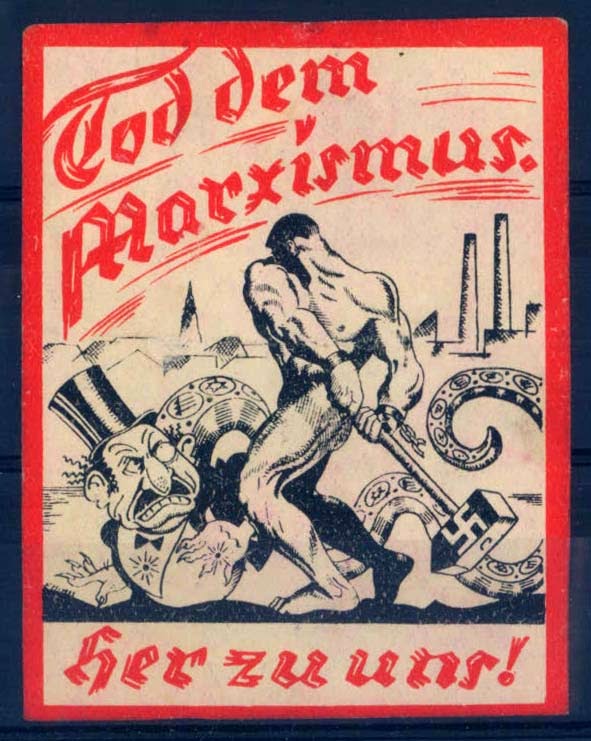 Death to Marxism
Join Us!

It probably was issued for one of Reichstag elections of 1932, since the snake has the three-arrow symbol of the “Iron Front,” an anti-Nazi coalition established in December.  It could also be from the Prussian elections that year.  It looks to be something produced by a regional party organization, since posters produced by the Reichspropagandaleitung were generally more polished.
Posted by Randall Bytwerk at 10:59 AM